Posted by leon in Uncategorized on February 26, 2010

My simulated robotic soccer behaviors are working! There’s a lot still to do, but I actually got something working that took quite a bit of fiddling over quite a long span of time: my goalie actually caught the ball and blocked a shot! It’s a nice piece of progress.

Pizza in a Cup

Posted by leon in Uncategorized on February 17, 2010

I just ate Pizza in a Cup. I only knew it as a gag from the Jerk, one of my mom’s favorite movies, but I saw it in real life: 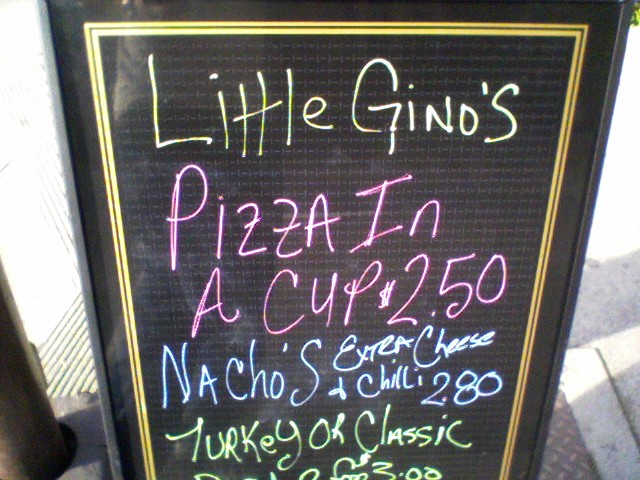 Sadly, the reality is just a pizza cut up and put in a cup. 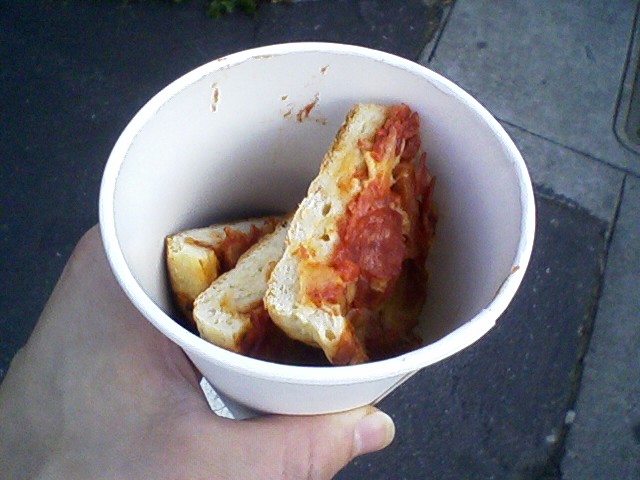 It’s not even very good. A bitter aftertaste is really not what pizza should have. Still, it was the opportunity of a lifetime.

Posted by leon in Uncategorized on February 6, 2010

Like most of the webcomics I read, Schlock Mercenary has an associated blog. Recently, the author (Howard Tayler) wrote about how he’s disappointed in the way Amazon isn’t letting publishers set their own prices on their Kindle store.

Unfortunately, despite the interesting sci-fi comic he writes, Tayler sucks.

He silently deleted my response to his post. There’s no indication on the post that he silenced me, nor did I get any notification. I realize it’s his site, and he doesn’t have to let me post there, but this was rude and misleading.

I don’t necessarily recommend you stop reading his comic, but I lost a lot of my affection for him. I no longer intend to buy the set of Schlock books once I start my fancy finally-out-of-school job.